You can download all existing tournament videos here (11MB).

The player with the lowest sum of 5 Intermediate and 5 Expert games is the winner. Each unfinished Expert game will be penalised 999.99 seconds.

The competition was organised by Gergely Nagy and took place on 14th April 2007 at the Corvinus University of Budapest, within the Department of Information Systems. The tournament started at 1330 and players competed for 3 hours.

The top 3 players were awarded 'Vista Ultimate' from Microsoft. The next 3 players received webcams.

The version used was ViennaSweeper. Scores were displayed live on the wall thanks to a program written by Christoph Nikolaus.

Unlike Budapest 2006 and Vienna 2006, there was no Nonosweeper session. 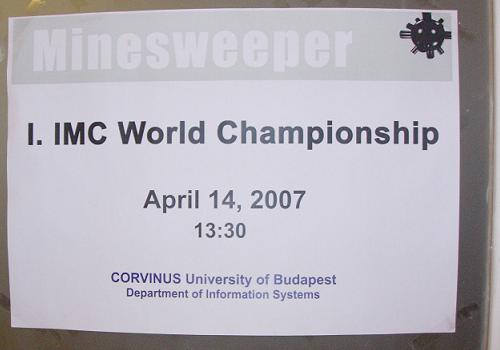 Some of the best minesweeper players in the world decide how to find the tournament
(The girls found the place without problems!) 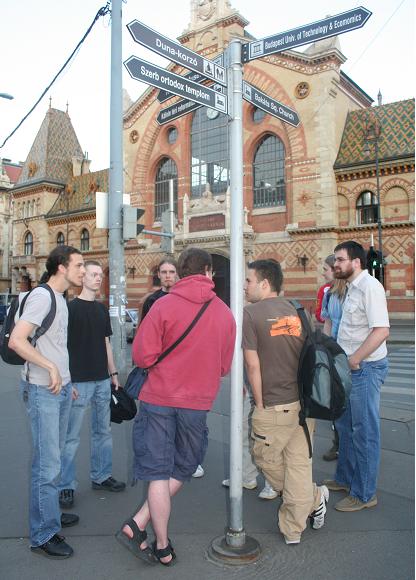 Results display live on screen during the competition 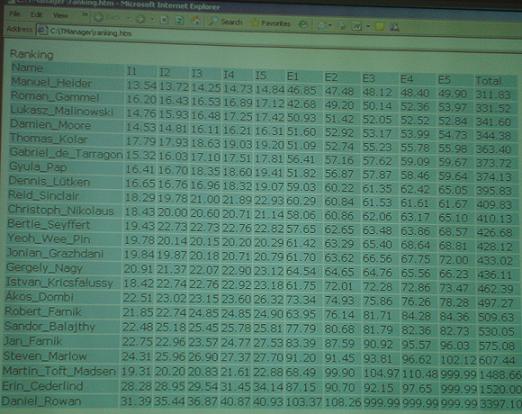 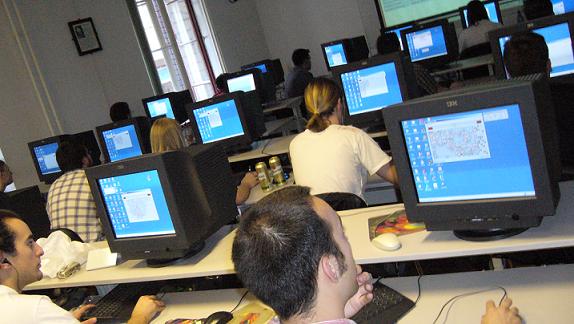 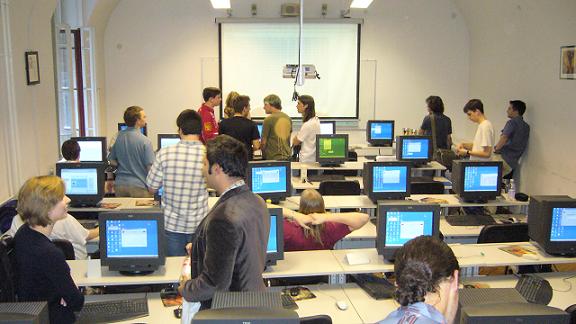 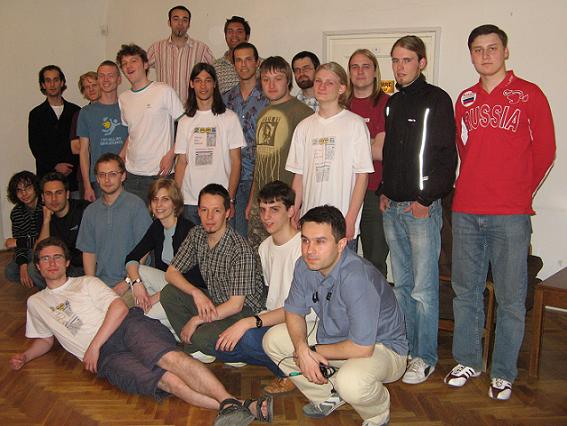