The Budapest Open 2008 was a minesweeper contest that was an exhibition at the Budapest Games Show on 25 October 2008. Gergely Nagy persuaded Microsoft Hungary to sponsor the event. Two computers were provided and people visiting the Games Show could play minesweeper whenever a seat became available. They each had 10 minutes to get a fast Intermediate score. The competition started at 0900 and freeplay ended at 1400. In total 46 players took part.

A playoff then began between the top 8 players of the day. The format was a Time Trial to finish 5 Beginner, 3 Intermediate and 1 Expert game. There were only 2 computers, so players went head-to-head. The first person in each pair to complete 2 sets advanced to the next round. This continued until only 2 players were left. Around 1600 the top 2 players were invited on to the main stage at the Games Show, and their competition was watched by a large audience.

The competition was mentioned in an article by a very popular Hungarian technology website.

A very rough English translation is as follows:

"On Saturday, the second Game Show was held in Budapest, which is intended by organisers to evolve into other popular events such as the Leipzig Games Convention or the Tokyo Games Show in Japan. The organisers of the event were pleased to see large crowds queuing. Guitar Hero World Tour was the biggest success. The minesweeper competition was won by a world champion who travelled from Vienna to attend."

"...The most amusing event was the minesweeper tournament. You know, this is a small logic game which men find next to Windows Solitaire. [...] The current world champion, Thomas Kolar was here. He travelled from Vienna to Budapest to win the competition. These people play with undetectable speed, clicking up to seven times a second. The world records for the three levels are 1, 10 and 37 seconds, and Thomas has 12 and 42 seconds so has not quite reached the summit. He plays several hours every week and says it is more engaging than the latest programs." 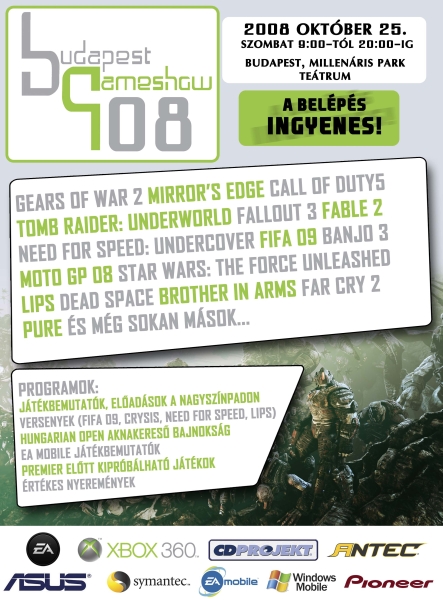