Players will be ranked on the sum of their best 5 Intermediate and 5 Expert games. Each unfinished game will be given a penalty of 999.999 seconds.

The tournament was organised by Roman Gammel and took place on 28th November 2009 at a computer club in Moscow (Playground). Plans for simultaneous competitions in other cities did not work this year as not enough players outside Moscow could compete. Videos were uploaded automatically to the internet and a live tournament ranking was broadcast calculated on the results. The tournament started at 12:00 and players had 3 hours to achieve their scores. The top 3 players received trophies and everyone received certificates.

The official website of the tournament (in Russian) is here with results, videos and pictures.

As a result of this tournament, 3 new players joined the World Tournament Ranking (Ramil, Victor, Andrey) and 8 players beat a total of 13 scores previously on the ranking.

Trophies for the Winners 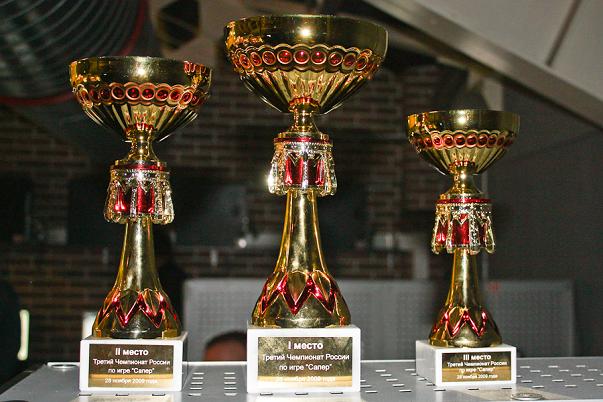 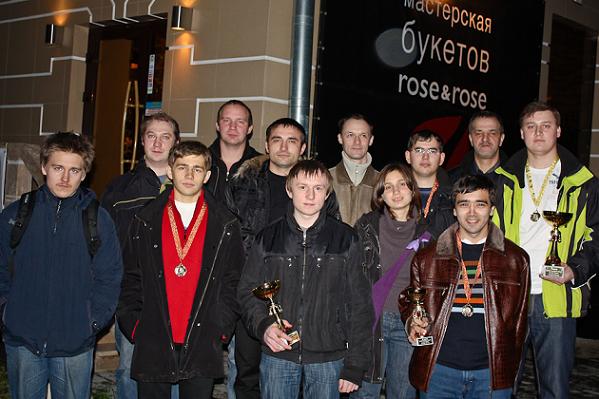