A Sneak Preview of Vista Minesweeper

Minesweeper will be released with Vista.

Some games have changed, but Minesweeper remains the classic reason to buy Windows. If you are blind, you won't notice any changes: the timer starts at one and the grid sizes stay the same. However, you might blink a few times when you see the new graphics: 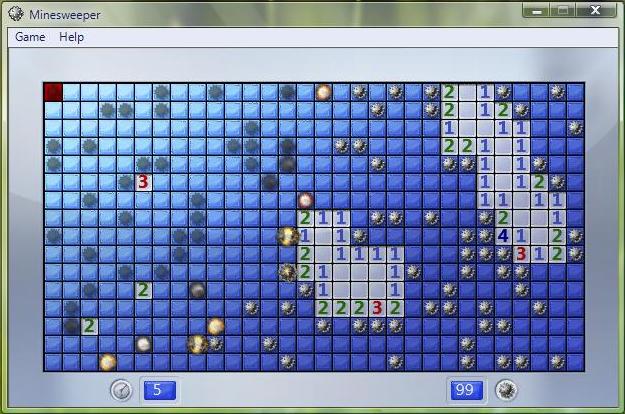 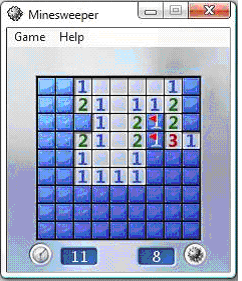 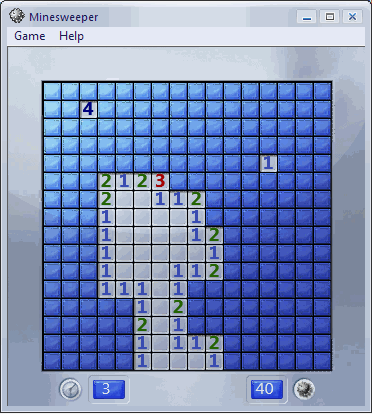 Who broke the news first?

Vista in the News

Hot on the heels of the seismic shockwaves created by the unveiling of the Revolution Controller and hi-res shots of the new Metal Gear Solid, Microsoft has unveiled the new look of its ubiquitous, single player phenomenon, Minesweeper.

Since it's creation by Robert Donner in 1989 (based on - or at least influenced by - an earlier game Relentless Logic), the game has risen to dizzying levels of notoriety having been embedded into the Windows operating system since launch.

As expected, these new screenshots show no real surprises. Purists will note that despite the obvious power afforded to the Windows Vista version by the impending release of Direct X 10 (direct X X?), the developers have thankfully resisted the urge to move towards photorealism.

Well, you knew they couldn't get rid of Minesweeper, so it looks to be making another appearance in Microsoft's in-development successor to Windows XP, Windows Vista (aka "Longhorn"). Yeah, you can ooh and ahh about all those glitzy, new titles they're previewing in Tokyo right now, but you know which game still reigns supreme in schools and offices everywhere. (Er, Solitaire or Free Cell?)

Minesweeper fans can breathe again. According to Joystiq [Via Chris Pirillo], it’s back in Windows Vista. We’re not exactly sure if it ever went away but, on behalf of all our readers who are hooked on it, here’s a hearty three cheers.

Rumours circulating that Minesweeper was not to be included in Windows Vista have been dispelled with a screenshot (see image).Minesweeper has been a favourite game among Windows users for as long as anyone can remember. Many will breathe a sigh of relief that a new, improved version will sit on their Windows Vista machines next year.